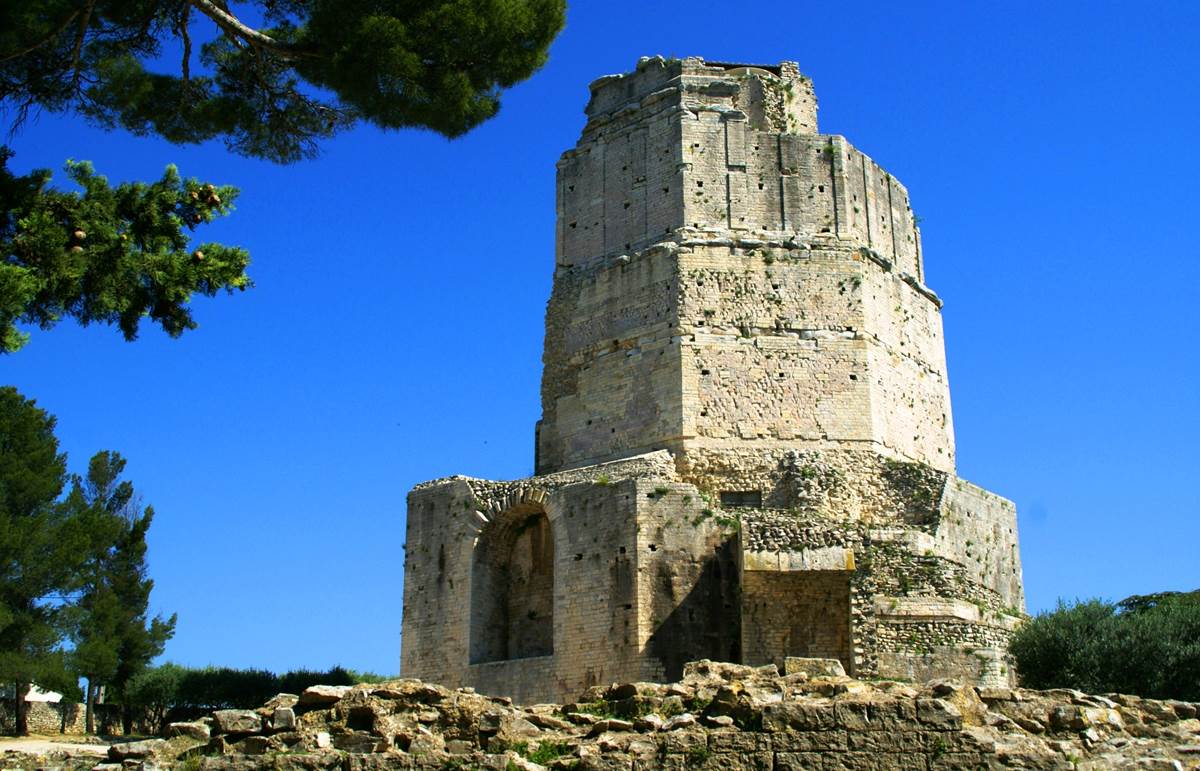 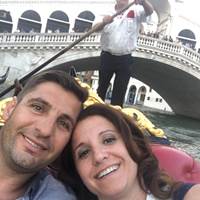 Very beautiful monument at the top of the Jardin de la Fontaine, giving a beautiful panorama, being the highest point in Nîmes. 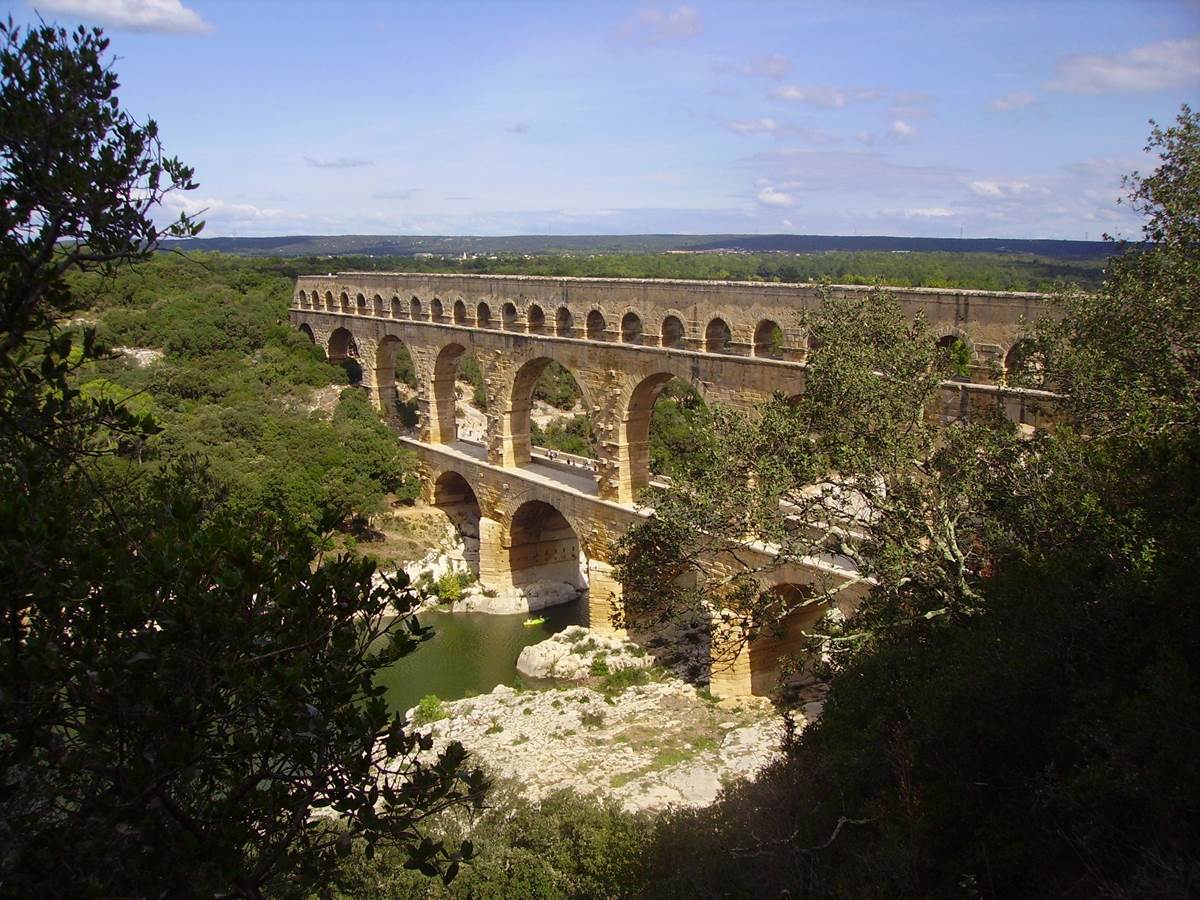 ﻿It is the grandest part of an aqueduct which led, over 50 km, the waters of Uzès to Nîmes. If Rome counted 1000 baths at the height of its glory, we understand that the Romans having set their sights on Nîmes, could not be satisfied with the source La Fontaine. To find the 20,000 m3 needed each day in the capital of the Augustan colony, they went, in the middle of the 1st century, to the source of the Eure, near Uzès. Through scrubland and ditches, it took ancient engineers to build a succession of bridges and tunnels to reach Nîmes. The resulting Aqueduct runs for 50 kilometers with a total drop of only 17 meters !! The feat says a lot about the quality of the builders, as does the most famous of the works on the route, the Pont du Gard and its 49 arches. Classified as World Heritage of Humanity by UNESCO, it is a book of records in itself. At its summit 275 meters long, 49 high, blocks some of which exceed 2m3 and in total probably more than 50,000 tonnes of stones, it was designed to successfully resist the wild floods of the Gardon. Today, the harmoniously landscaped site with museum, exhibitions, films, children's area and media library, holds hands down the promise of an unforgettable visit. Guided tours : In addition to the day pass or as a single product, it is possible to take a guided tour of the Bridge for a privileged discovery of the Roman canal. During the visit, the group is guided to the last level of the monument, in the pipe where the water circulated during the operation of the aqueduct. Several formulas: From the visit intended for the general public, canalization and Bridge (1h30) to those intended for groups, Bridge and museum (1h30) or to the remains of the aqueduct (2h), several formulas are offered to you. Guided tours by reservation from 20 people. Audio guides:They allow visitors to make an original, completely independent visit to the Pont du Gard and its immediate surroundings. Available in French and English (duration 1h30). USEFUL INFORMATION : An accessible pricing policy: Today, the harmoniously landscaped site with museum, exhibitions, films and outdoor natural spaces, holds hands down the promise of an unforgettable visit. An accessible cultural pricing policy, with an entry ticket including all of the spaces on the site and all services, including parking. Youth are at the heart of the site's cultural policy, those under 18 are the site's guests (free entry). The Pont du Gard site is open all year round. Discovery areas and shops. Site opening hours: - from 9:00 a.m. to 8:00 p.m. from January to March - from 9:00 a.m. to 9:00 p.m. from April to May - from 9 a.m. to 10 p.m. in June - from 9:00 to 24:00 in July and August - from 9:00 a.m. to 10:00 p.m. in September - from 9:00 a.m. to 9:00 p.m. from October to December Opening hours of the Museum spaces: Open at 9:00 a.m. all year round The museum opens every Monday at 12 p.m. and the temporary exhibition at 2 p.m. Hours and closings according to the seasons: December 25 and January 1 from 06 to 17 January 2020 inclusive, excluding temporary exhibition - from November to January: 5 p.m. - February: 5.30 p.m. - March: 6:00 p.m. - from April to June: 7:00 p.m. - July and August: 8:00 p.m. - September: 7:00 p.m. - October: 6:00 p.m. Closing of the ticket office 30 minutes before the closing of the spaces. For your comfort, we advise you to arrive no later than 50 minutes before the closing of the spaces. Car park: * Closure of the left bank car park at 7:30 p.m. in July and August The right bank and left bank car parks are monitored and included in the site entrance ticket. They are exclusively reserved for the clientele of the site. Restoration. The left bank café is open all year round. Easter terraces at the end of September. The terrace of the old mill (fast food), in summer. Bistro on the right bank from 11 a.m. to 12:30 p.m. in summer.

Magnificent site. An unmissable monument open all day. Do not miss the illuminations throughout the summer. During the day, you can refresh yourself as well as make the canoe crossing from Collias to the Pont du Gard. 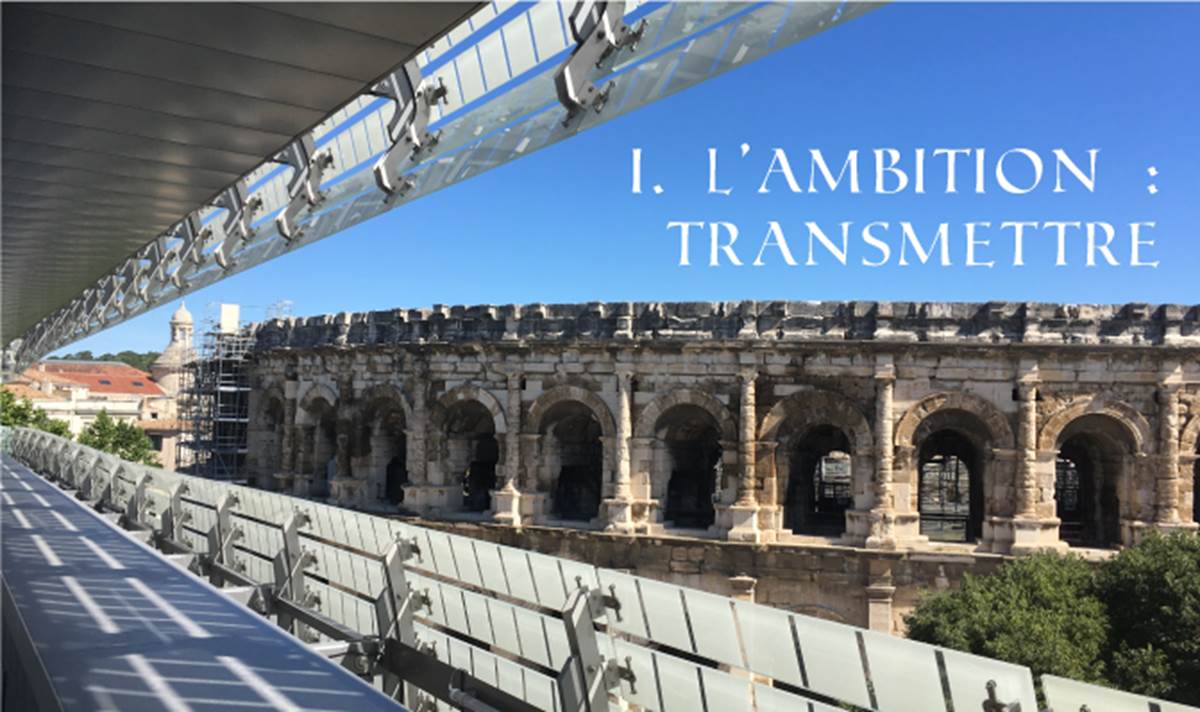 Museum retracing the birth of Romanism in Nîmes with the possibility of eating in a great restaurant with a magnificent view of the arenas. 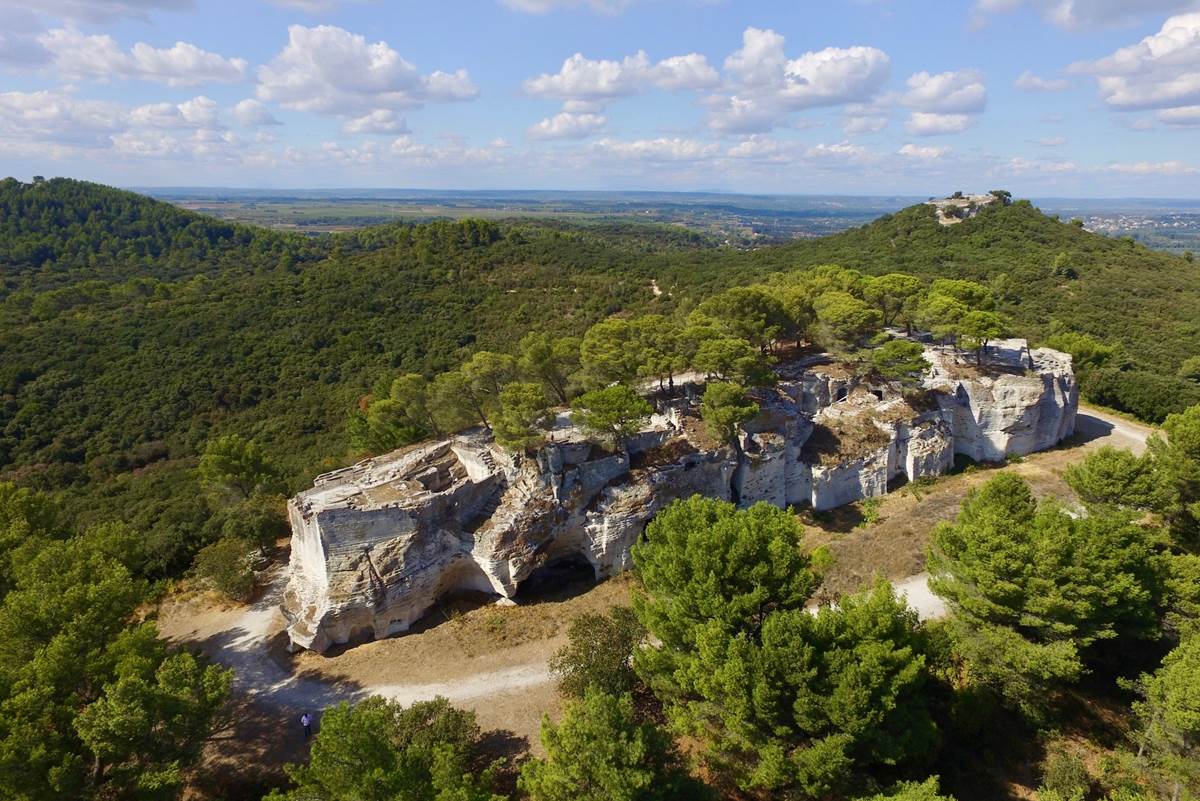 Magnificent site and to spoil nothing: a magnificent view of the Rhône. As a bonus, for a purchased entry, you have a free entry to visit the Mas des Tourelles cellar. 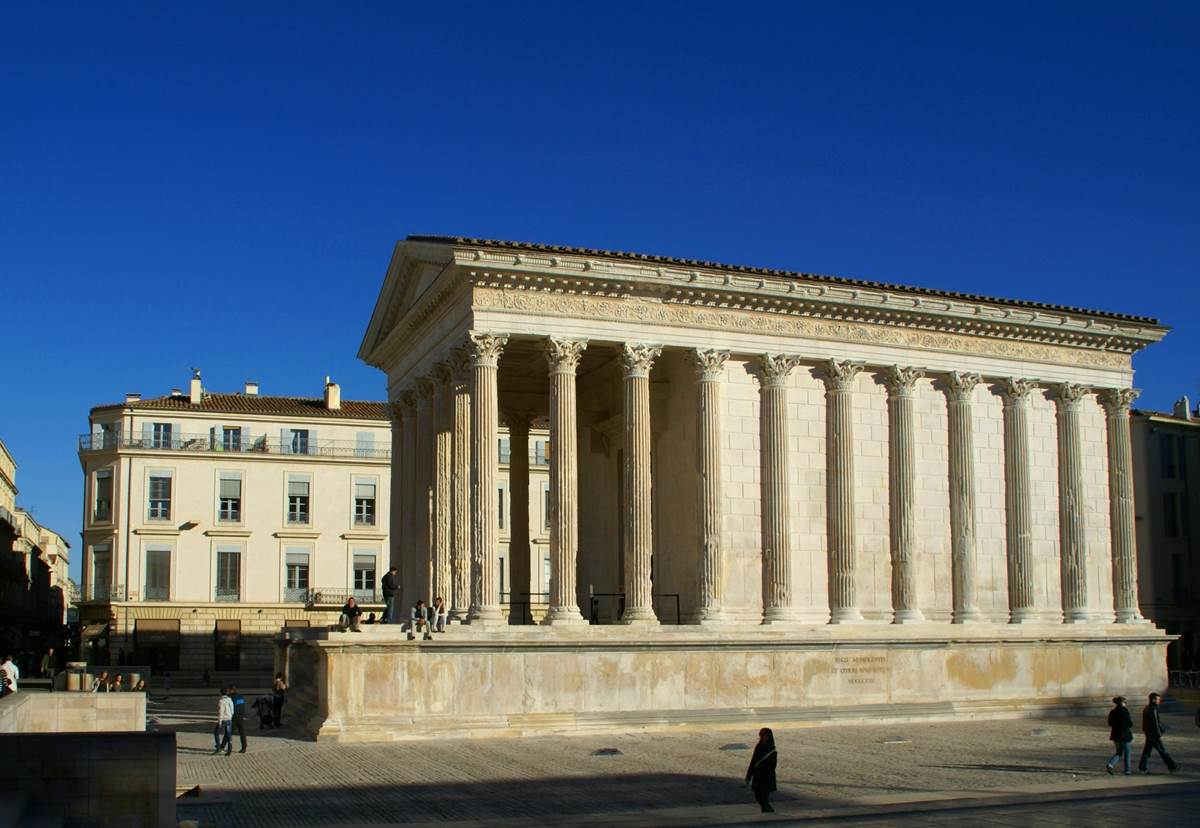 This magnificent Roman temple is very well preserved. Located in the center of town. 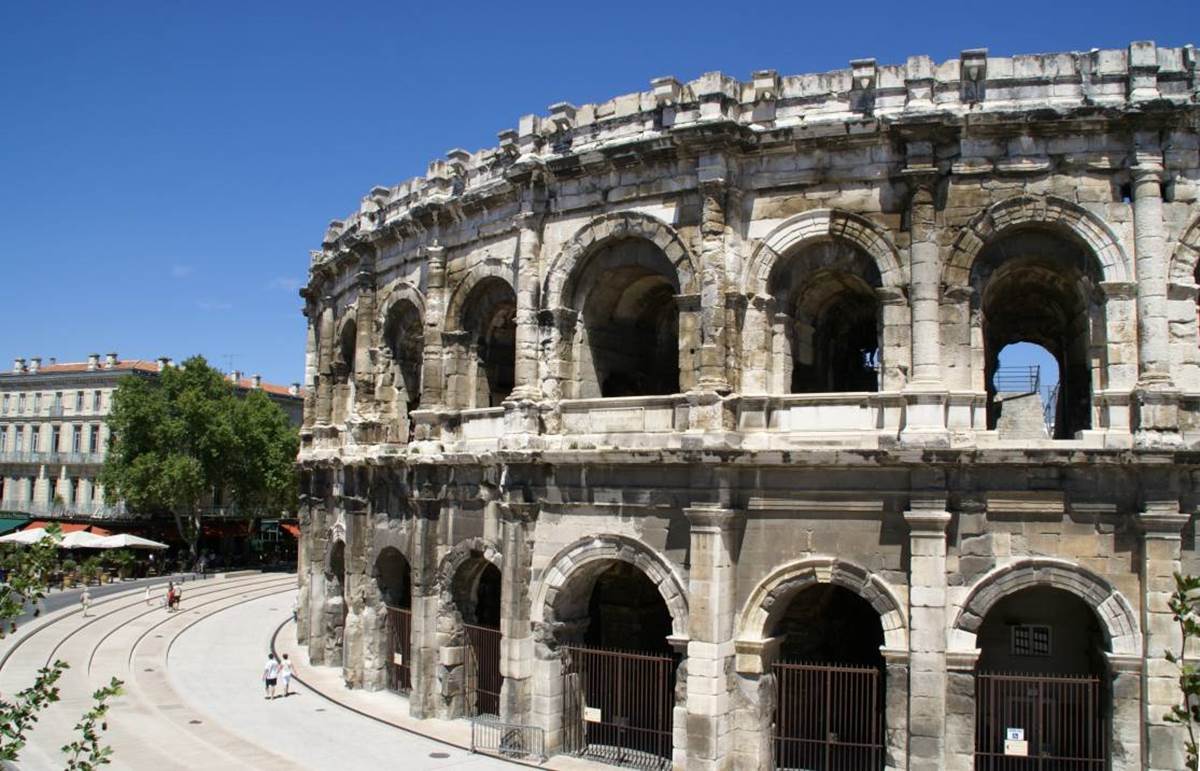 The best-preserved arenas in the world still hold shows (concerts, shows, etc.). Possibility of visiting the interior of the arenas with a guide or audio guide. 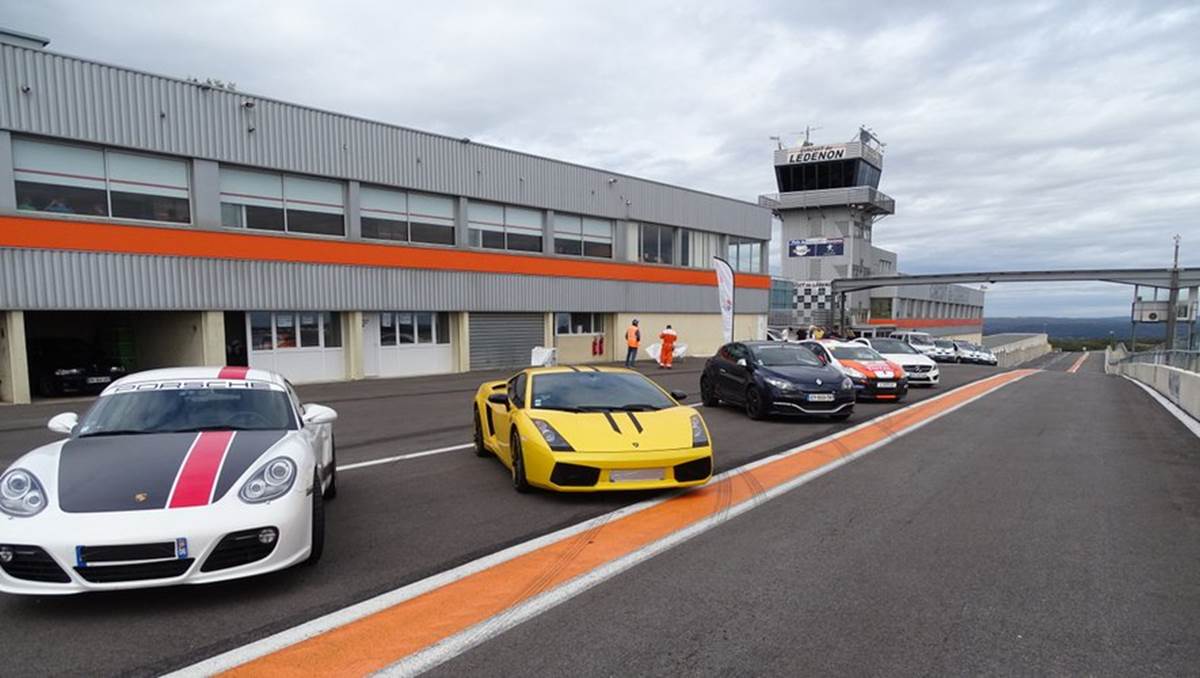 This circuit has the particularity of turning upside down. Whether you are a car or motorcycle enthusiast, this tour adapts to your desires 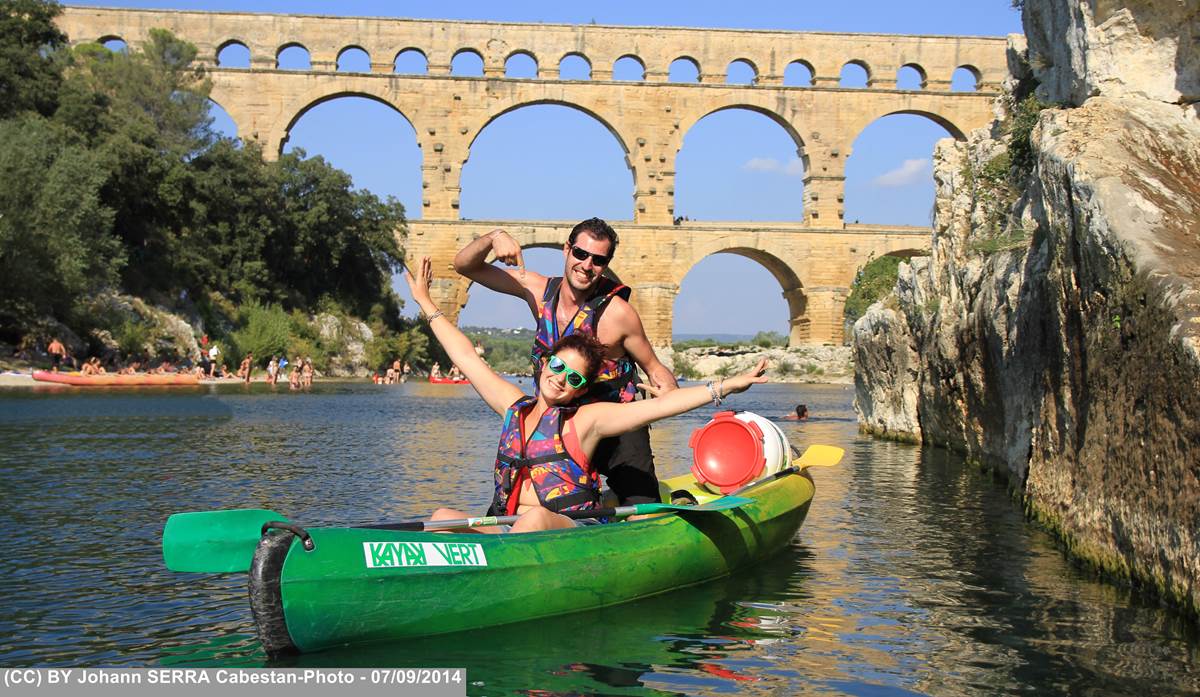 ﻿Gorges du Gardon by canoe or kayak are the opportunity to spend a pleasant day with family or friends. On the program: canoeing, swimming, picnic at the edge of the water, discovering the Pont du Gard and the wild gorges of the roach. GREEN KAYAK Pont du Gard is the oldest canoeing base in the region. It is with the greatest pleasure and professionalism that we will share with you our experience as well as our knowledge of both our activity and our region. Flexible structure, GREEN KAYAK Pont du Gard is suitable to receive both individuals and groups. We have more than 350 boats (canoes 2,3 or 4 seats and single kayaks) of last generation, renewed and maintained regularly. Our small equipment (vests, containers, neoprene suits ...) is disinfected after each use in order to guarantee impeccable hygiene. We have buses (9 to 55 places) that allow us to perform regular rotations to ensure your support. GREEN KAYAK Pont du Gard is: a welcome we want warm a high-end material a grandiose setting A team at your service So .... ... Live all your emotions and sensations with us!

beautiful kayak trip whether you are a family or a couple, you will be enchanted by the landscape and the Pont du Gard