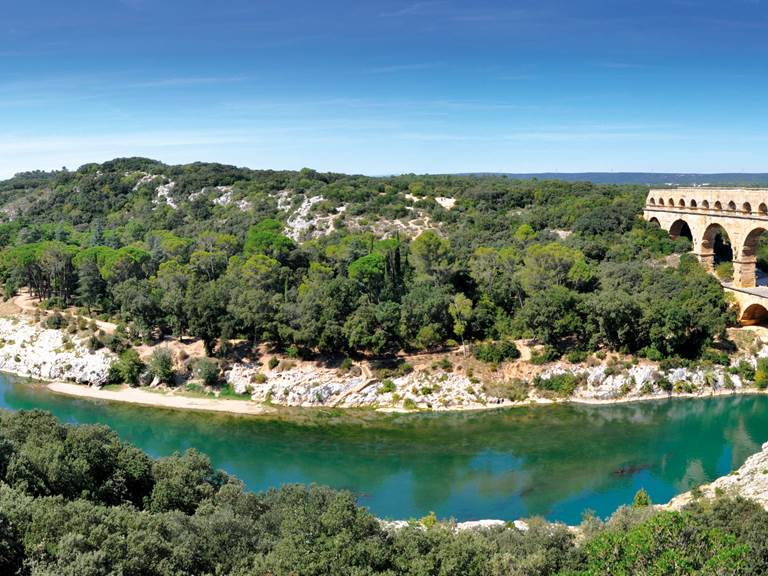 Located 12km from our guest rooms, learn the history of our Aqueduct. Admire this place as much by day as by night!

Illuminations of the Pont du Gard all summer as well as once a year its enchantment of the Pont.

Swimming allowed, enjoy a canoe or paddle trip from Collias to the Pont du Gard.